You may have seen the term Web3 cropping up lately. It’s the latest buzzword that describes the heralding of a new phase of the internet.

While Web3 is a nebulous term that will eventually fade into obscurity, the underlying technology and ethos of what it represents will not.

To understand Web3 in its historical context, consider the previous incarnations of the internet – Web1 and Web2.

The consumer internet launched a little over 30 years ago changing the world we live in today. Since then it has gone through two pivotal phases and is now on the cusp of its third and arguably most important.

The ‘Web1’ version began around 1990 – these early days were when people started using email and reading news online for the first time. Google launched its search engine in 1996 to organise the increasing wealth of the world’s information coming online.

Web1 is known as the ‘read web’ because people consumed news and information on it rather than created it. It was a time of open-source protocols such as HTTP and SMTP along with a dream of an open and democratic web.

The ‘Web2’ phase began in 2005 when social media platforms like Twitter, YouTube, Facebook and LinkedIn launched making it easy for anyone to communicate online. Coupled with the introduction of the smartphone in 2007, Web2 placed content creation at the hands of its users. This was the beginning of the digital PR industry.

Web2 became known as the ‘read-write web’ because social media made it easy to create content as well as consume it.

Web1 and Web2 have both had a profound impact (good and bad) on the world, which brings us to today and the third phase of the internet known as Web3.

Web3 is about digital ownership

The key to understanding Web3 is that data ownership is given back to the user. It’s a shift towards a more democratised internet – an internet governed by the collective rather than corporations and special interests.

Blockchain technology, the underlying infrastructure of Web3, has created digital scarcity in the usually-abundant online world. To understand why Web3 differs from Web1 and Web2 it’s useful to have a basic understanding of how blockchains work.

For example, compare sending information by email vs by blockchain.

A file sent by email can be copied easily. You can forward it to an infinite number of people who will all have a copy of that file.

A file sent by blockchain doesn’t work in the same way. Instead, ownership of the file transfers from the sender to the receiver. Unlike email, the sender does not keep a copy.

Ownership of a digital asset is easily verified with blockchain which makes it game-changing and revolutionary.

This means for the first time we can ascribe digital property rights to billions of people around the world. It’s a historical economic creation and one that will eventually transform finance, culture, communications and society.

Web3 is a decentralised internet

Blockchains will allow us to create an open, permissionless and trustless internet. They strive for decentralisation meaning they have no central point of authority and no single point of failure.

Take bitcoin, the first and largest monetary blockchain. It is the most decentralised blockchain in the world secured by the world’s most powerful computing power.

Bitcoin has no central point of failure and it cannot be hacked because it runs on hundreds of thousands of computers around the world. No one can turn it off because it doesn’t have an off-switch.

DeFi will power the Web3 economy

A new financial system is being built on top of blockchain technology because it can securely move value anywhere in the world. This is called ‘decentralised finance’ or ‘DeFi’ as it’s more commonly known.

DeFi is a technology-first decentralised version of the 5,000-year-old financial system. Like traditional finance (or ‘TradFi’ as it’s known), DeFi allows anyone to pay, earn, lend, invest, borrow and insure using cryptocurrencies.

DeFi is currently a multibillion-dollar market but compared with the multi-trillion-dollar TradFi market it is still relatively small.

The main difference between DeFi and TradFi is that the former is decentralised and programmable. A financial layer can be added to other apps and services on the internet in ways TradFi can’t. This means we can monetise the web in ways previously unimaginable.

As an example, imagine if Twitter financially rewards you for the engagement your tweets generate. The more likes, comments and retweets, the greater the financial reward. Or you can publish an article on a Web3 platform and every time someone reads it you receive an instant micropayment.

Decentralisation also means users can’t be de-platformed because there is no central authority and no way to remove their accounts. The ownership lies with the user and not the platform so they can leave a social network and take their data with them.

Web3 apps like this will bring profound changes in how content creators are rewarded removing the middleman in the process.

Within the Web3 mix is the rise of non-fungible tokens or NFTs as they’re more commonly known.

In essence, NFTs provide a way to financialise and claim ownership of an artefact of culture. The codification and financialisation of these NFTs are opening up an entirely new industry.

NFTs aren’t just art and can also be used for gaming, music, memes, code and any other artefact of culture

It’s still early days in the NFT space and the hype is unbearable but over time they will become a staple asset class in a burgeoning industry.

There are many misunderstandings about NFTs and what they represent. Some argue they have no true intrinsic value which is technically true but neither does an Andy Warhol print or a Monet painting and yet no one disputes the prices people pay for them.

DAOs will change the structure of an organisation

A decentralised autonomous organisation (DAO) is a formation of people and capital represented by rules encoded into a blockchain. It’s controlled by the voting rights of its members and not influenced by a central authority.

A DAO is like a community organisation that is governed by ‘smart contracts’ which are self-executing contracts written into the blockchain. Members of the DAO do not even need to know each other because the rules and money are governed by smart contracts. DAO members pledge tokens and use them to vote for different governance decisions.

One of the most famous DAOs to date has been the ‘ConstitutionDAO’ which in 2021 attempted to purchase an original copy of the United States Constitution at auction. The DAO members collectively raised $47 million in Ethereum but lost the bid in the final moments at Sotheby’s.

Bloomberg News wrote that the effort “showed the power of the DAO and has the potential to change the way people buy things, build companies, share resources and run nonprofits.”

While DAOs are still relatively niche, the ability to pool capital and people together regardless of where they are or who they are to achieve an agreed goal is somewhat revolutionary.

DAOs are already being used for investments, grants, donations, media and community groups, and they will soon form to support political causes. Former US presidential candidate, Andrew Yang, recently launched a DAO to advocate for Web3 policies in Washington, DC.

This is the beginning of the slow end of the Web2 era. Centralised social media never delivered on its original promise of connecting the world for the better.

The promise of a democratic open web in the Web2 world is long over. Instead, it is controlled by a few tech behemoths like Facebook which maintains its dominance by crushing competition and extracting the most out of its users without giving any thought to how damaging it would be.

The tide already seems to be turning. Since Facebook rebranded to Meta the company has recently reported its first loss of daily active users for the first time. It also lost a record-breaking $232 billion in valuation in one day due to a weaker-than-expected revenue forecast.

The company is making a play to the so-called ‘metaverse’ which may reverse its decline but as of yet the promise of an immersive world in virtual reality is just a pipe dream.

As someone who experienced the rise of Web2 from the beginning, those early days share a lot of similarities with Web3 today.

The space is full of lofty idealism and a renewed positivity around the potential of Web3 and what it could achieve. Rightfully so. Web3 has the potential to change the current power dynamics online by giving data rights back to the people.

Let’s hope we get it right this time. 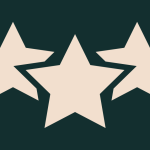